I’d discovered a python package called osmnx which will take GIS data and allow you to draw maps using python. Pretty cool, but I wasn’t sure what I was going to do with it.

After a bit of playing around with it I finally decided that I could make some pretty cool Fractures.

I’ve got lots of Fracture images in my house and I even turned my diplomas into Fractures to hang up on the wall at my office, but I hadn’t tried to make anything like this before.

I needed to figure out what locations I was going to do. I decided that I wanted to do 9 of them so that I could create a 3 x 3 grid of these maps.

I selected 9 cities that were important to me and my family for various reasons.

Next writing the code. The script is 54 lines of code and doesn’t really adhere to PEP8 but that just gives me a chance to do some reformatting / refactoring later on.

In order to get the desired output I needed several libraries:

Next, we establish the configurations:

The ox.config allows you to specify several options. In this case, I’m:

This option will help performance if you have the run the script more than once.

OSMX has many different options to generate maps. I played around with the options and found that the walking network within 750 meters of my address gave me the most interesting lines.

Now comes some of the most important decisions (and code!). Since I’ll be making this into a printed image I want to make sure that the image and resulting file will be of a high enough quality to render good results. I also want to start with a white background (although a black background might have been kind of cool). I also want to have a high DPI. Taking these needs into consideration I set my plot variables:

I played with the PlotEdgeLineWidth a bit until I got a result that I liked. It controls how thick the route lines are and is influenced by the PlotDPI. For the look I was going for 10.0 worked out well for me. I’m not sure if that means a 30:1 ratio for PlotDPI to PlotEdgeLineWidth would be universal but if you like what you see then it’s a good place to start.

One final piece was deciding on the landmarks that I was going to use. I picked nine places that my family and I had been to together and used addresses that were either of the places that we stayed at (usually hotels) OR major landmarks in the areas that we stayed. Nothing special here, just a text file with one location per line set up as

So we just read that file into memory:

The loop below is doing a couple of things:

This next line isn’t strictly necessary as it could just live in the loop, but it was helpful for me when writing to see what was going on. We want to know how many items are in the landmarks

Now to loop through it. A couple of things of note:

The package includes several graph_from_... functions. They take as input some type, like address, i.e. graph_from_address (which is what I’m using) and have several keyword arguments.

In the code below I’m using the ith landmarks item and setting the distance, distance_type, network_type and specifying an option to make the map simple by setting simplify=‘true’

The plot_graph is what does the heavy lifting to generate the image. It takes as input the output from the graph_from_address and ec to identify what and how the map will look.

Next we use the PIL library to add text to the image. It takes into memory the image file and saves out to a directory called /images/. My favorite part of this library is that I can choose what font I want to use (whether it’s part of the system fonts or a custom user font) and the size of the font. For my project I used San Francisco at 512.

Finally, there is an exception for the code that adds text. The reason for this is that when I was playing with adding text to the image I found that for 8 of 9 maps having the text in the upper left hand corner worker really well. It was just that last one (San Luis Obispo, CA) that didn’t.

So, instead of trying to find a different landmark, I decided to take a bit of artistic license and put the San Luis Obispo text in the upper right hard corner.

Once the script is all set simply typing python MapProject.py in my terminal window from the directory where the file is saved generated the files.

All I had to do what wait and the images were saved to my /images/ directory.

Next, upload to Fracture and order the glass images!

I received the images and was super excited. However, upon opening the box and looking at them I noticed something wasn’t quite right

As you can see, the name place is cut off on the left. Bummer.

No reason to fret though! Fracture has a 100% satisfaction guarantee. So I emailed support and explained the situation.

So that my office wall is no longer blank and boring: 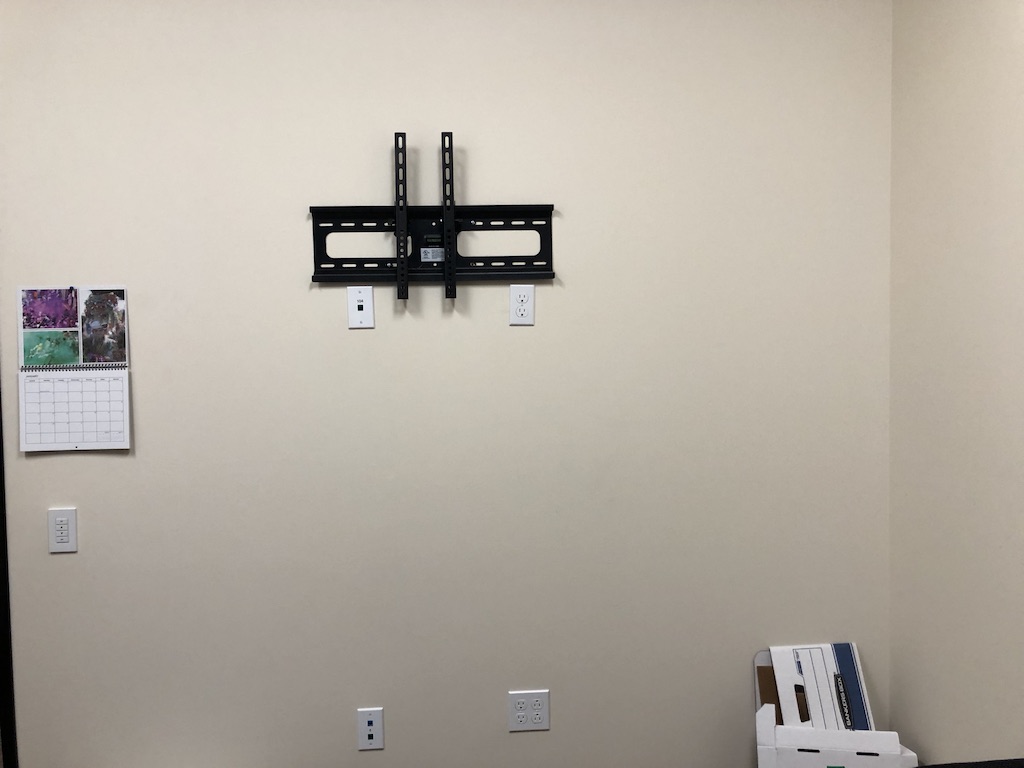 but interesting and fun to look at 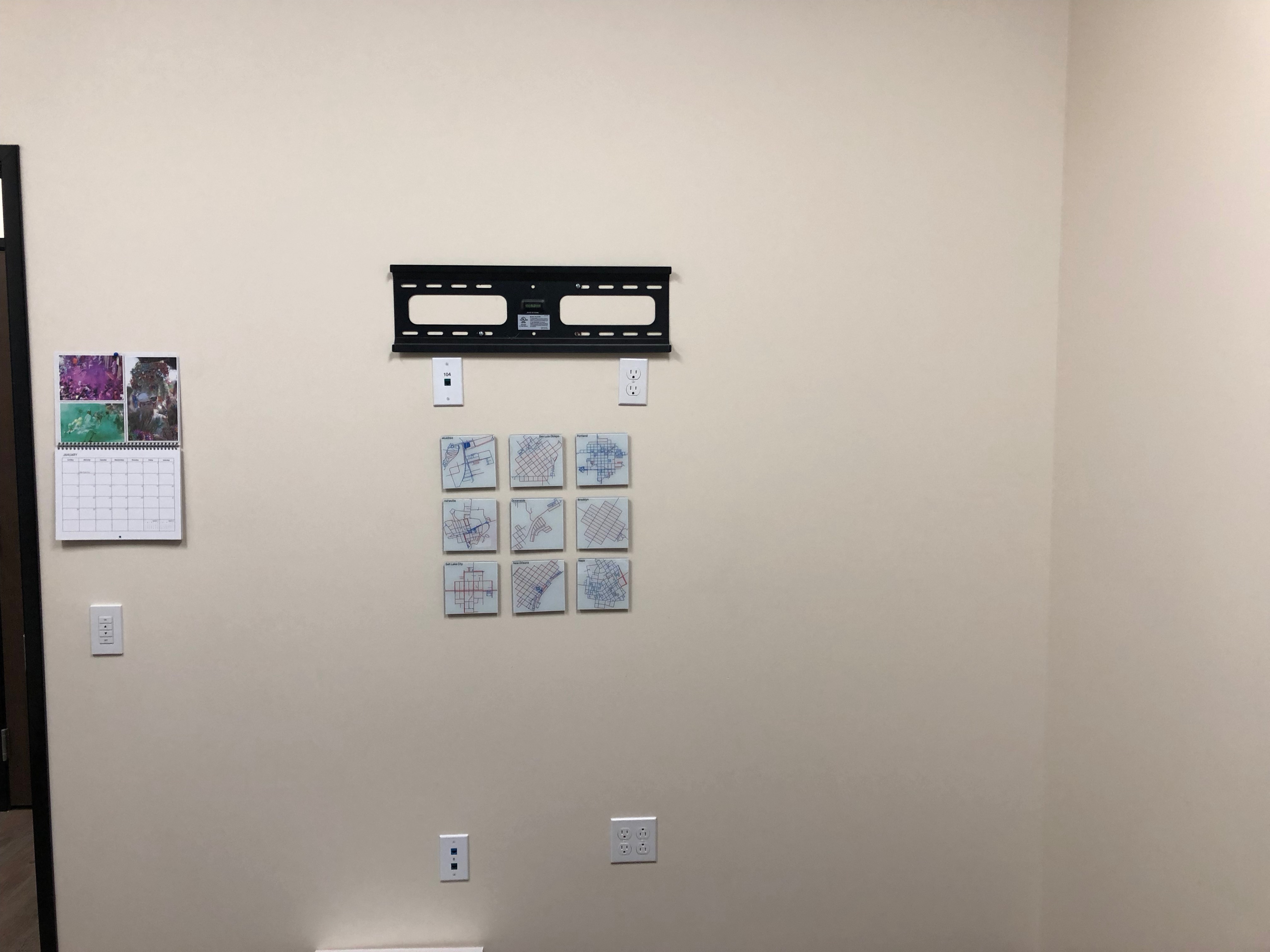