Last Wednesday if you would have asked what I had planned for Easter I would have said something like, “Going to hide some eggs for my daughter even though she knows the Easter bunny isn’t real.”

Then suddenly my wife and I were planning on entertaining for 11 family members. My how things change!

Since I was going to have family over, some of whom are Giants fans, I wanted to show them the ITFDB program I have set up with my Pi.

The only problem is that they would be over at 10am and leave by 2pm while the game doesn’t start until 5:37pm (Thanks ESPN).

To help demonstrate the script I wrote a demo script to display a message on the Pi and play the Vin Scully mp3.

The Code was simple enough:

But then the question becomes, how can I easily launch the script without futzing with my laptop?

I knew that I could run a shell script for the Workflow app on my iPhone with a single action, so I wrote a simple shell script

And made it executable

Finally, I created a WorkFlow which has only one action Run Script over SSH and added it to my home screen so that with a simple tap I could demo the results. 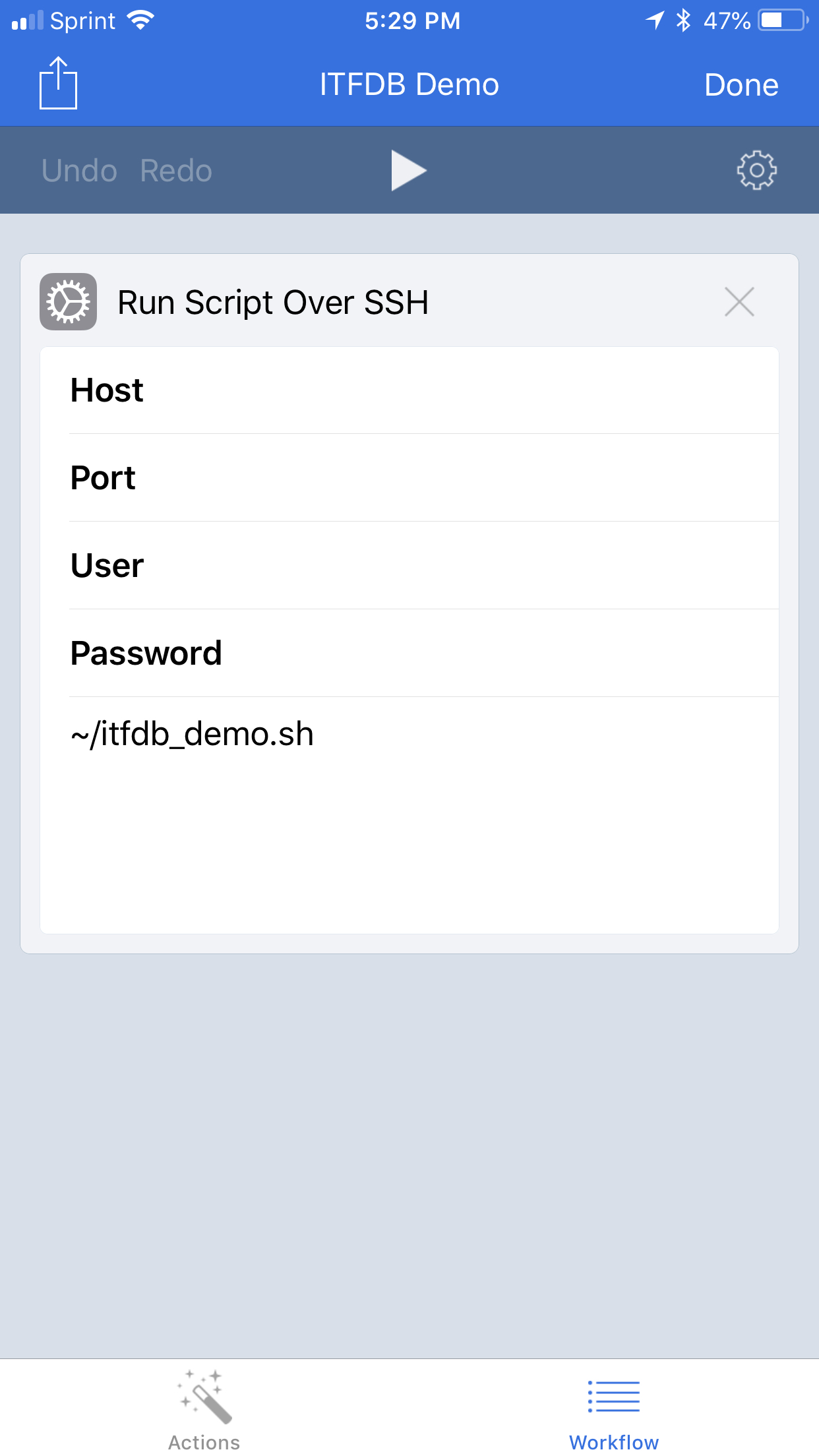 Nothing too fancy, but I was able to reliably and easily demonstrate what I had done. And it was pretty freaking cool!