How does my Django site connect to the internet anyway? 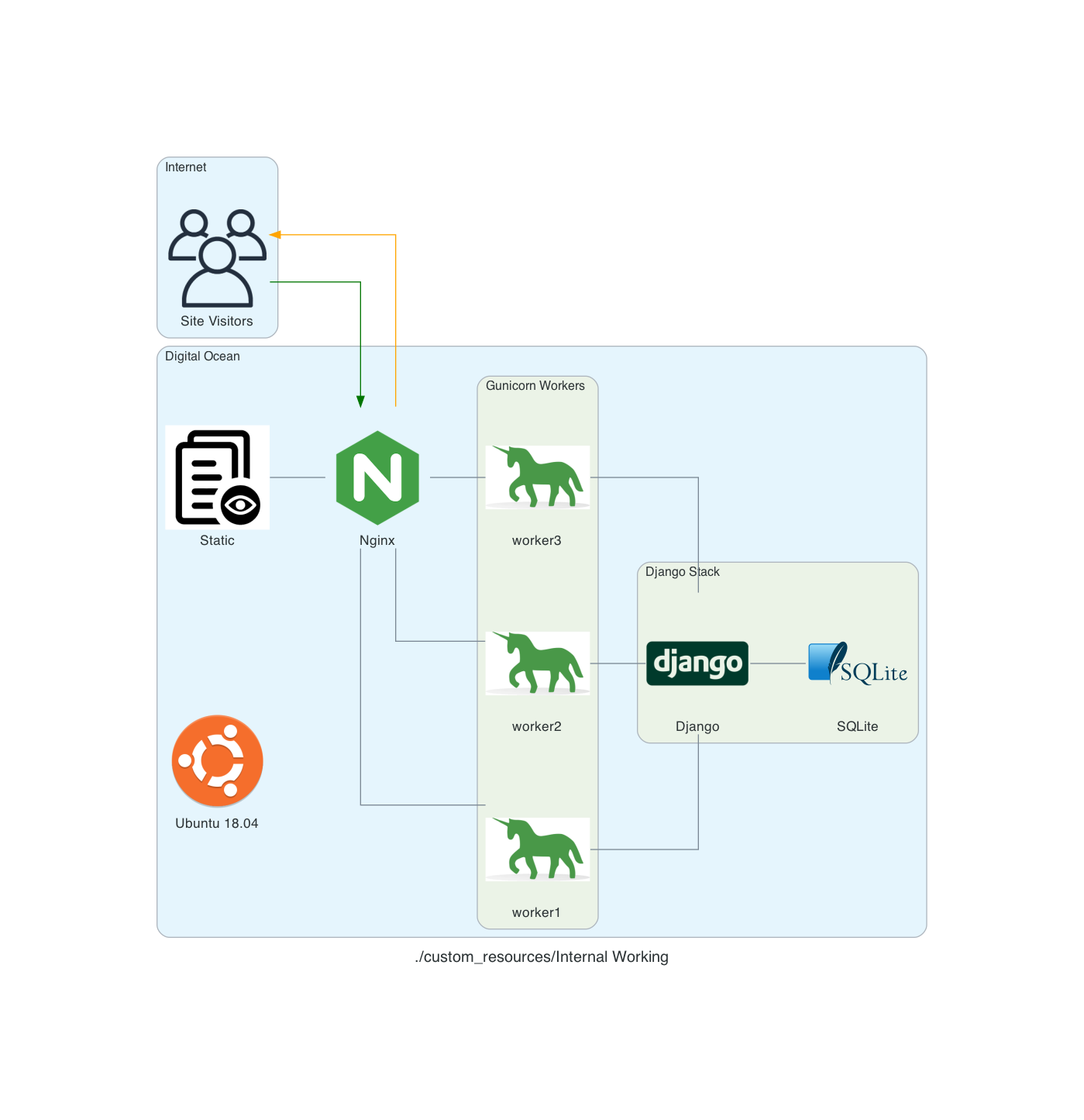 Whoops! Or how I broke my website by installing Nginx with Apache

I’ve been working on a project to create a Django based website. Over the weekend (Saturday I think) I tried to get it up and running on my Linode server. However, after a couple of failed attempts I decided to use the free hosting coupon1 I had for DigitalOcean to see if that allowed me to reply more easily deploy … the short answer … meh.

What I didn’t realize over the weekend is that while I had been trying to deploy my Django site, I had installed Nginx on my Linode server that was also running apache2. This lead to them both trying to listen on port 80 but because Nginx was the last thing I had kicked off, it was winning.

While I was working on my Django site I should have realized that something was up when I tried to connect to the blog for the site (still a Wordpress site on my Linode server) and it returned a ‘Can not connect to the server message’. I didn’t pay much attention because I figured (incorrectly) that I had done something specific to that subdomain, and not that I had made all of the sites on my Linode server inaccessible.

Last night at about 9 I thought, “Well, it should’t take long for me to figure out the issue with the new blog. ”

By 10:15 I tried everything the internet had told me to try and I was still unable to get apache2 to reload.

I googled a bunch of stuff, but nothing was helping.

When I tried to get the status on apache2 I would get this:

This morning I started to google each line of the status message and finally got to this:

Googling for that lead me to trying this:

And finally, I saw the issue. Over the weekend while I was futzing around I had apparently installed Nginx and let it listen on port 80 AND kept it running.

Once I killed the Nginx process with this:

I was able to restart apache2 with no problems.

I find that when I mess something up like this it’s important to ask myself what I learned from the experience.

What did I learn from this experience?